– Can I go outside? I asked to Mom when in rare occasions I did not have any extracurricular activity in the afternoon, during summertime.

Summer did happen in such a rhythmic  way. We had time to play, to read, to enjoy.

The street where we live was full of kids our age, or older, most where boys. We could count nearly twenty.

We use to hear the drums, the electric guitars, and the mic singing voices pouring out from at least four different garage doors. Yes, our street had bands, and they practice during July and August. The weekend parties were organized to show their new songs, or to play records with the hits of the moment. Several tall speakers at the patios were loud and constant. We danced, and danced, and danced. No later than twelve we needed to be back, any mistake, and the next Friday we couldn’t go, so, we followed the schedule sharply; from nine to twelve.

-Where is your sister? Please, check if she is in the neighbors’ house across the street. Mama prompted.

My sister loved to be in our neighbor’s house because she was best friend of the family who lived there, not only  with the eldest girl or brothers, but also with their mamma. Her mom did the most splendid cuisine and they always invited her to stay with them to eat. Mom wanted her to eat at home, so, she was not please when my sis, returned with a full belly.

-This Friday will be a party, can we go? – We did all our chores. My sister requested with beaming eyes.

-Let’s do a party here instead, my parents told us in more than one occasion. You will invite our neighbors and your cousins. It was fantastic for us. I was far from knowing everything they had to supervise. There was no alcohol, or cigarettes, there was no food served, only soda. We needed to know everybody, there was no strangers allowed.            My parents monitored closely any anomaly in the most smooth way. I noticed something out of the ordinary in very rare occasions, and only because they commented about it the next day during breakfast, then, I fell in to the account that something was going on. Maybe I was very naive, because my sister noticed much more than me. Our parties were so much fun that sometimes we were much more than thirty.

When I remembered our parties at home, and when my children were the same age as me at that time, I understood how beneficial is to have the parties in your house. You get to know the friends of your children much better. And children see their peers in other ambience, a more personal one.

-We will be outside with our bikes. Sometime we announced, some Saturdays. Our mornings on those days were full of  rides around the blocks nearby. Later our parents bought a mini-motorcycle for the eldest sister, and she shared it with us many, many times.

We are four sisters, in between us there are one, or one and a half years of age difference, so, you could say we were pretty close. Well, not so, we did not have the same tastes, and preferences,  I would rather  go to play with the frogs and salamanders of the pond behind our house, go for different candies, sold in mini stores close to our house, and play handball or tag with the younger kids that lived in the same street.

We had football matches in plain view from the second floor windows of our bedrooms, that look to the green area at one side of the pond. It was a  big corridor full of grass. The high tension towers were there and no construction was allowed, and the power company maintained a very manicure lawn. Long and wide enough for us to enjoy the games like if we were in the box at the stadium. We were not allowed to get closer, it was too dangerous, besides from our rooms the view was prime.

We had ping pong tournaments with the boys, basically it was fascinating to look them playing, they struck the ball the hardest or trick other times with the softest faraway spot at the edge of the table. They had tables at their houses but they love to play in ours because our garage was ample and we couldn’t go to their houses to play. We only were permitted to invited to play in ours. They loved to teach us how to play for brief periods of time, but they liked more to show off. The new tricks were a fascinating challenge to win with.

Now, that I have lived in other several places, I treasure the most those times of my preteen years and adolescence youth. I didn’t have any boyfriend from around. All my sisters did. My first boyfriend was the brother of a girl friend of my eldest sister, from our school. This girl taught us Hawaiian and Tahitian dances. I loved those classes, after our first performance I saw his brother helping with the curtains in the theater where our dances took place. Then, he was at one party of my neighborhood, we danced, and danced, and danced all night.

It was love at first sight, that summer night was memorable, our courtship was brief, full of parties and going out dates. Suddenly I got a horrendous  bronchitis, I was weak. He came to see me and told me to run away with him. I was like What? I thought he was the one with fever. Mom had told me to end the relation before he arrived. I was so ill I couldn’t say anything for or against.

He was the opposite of an A student, totally charismatic and handsome that nobody in the school could believe we were together. I was totally average looking, and I was a nerd. To my mom he was not a good influence. So, I told him that I couldn’t  see him anymore. Then he went bananas and told me to go with him. I said I couldn’t because I was sick. He didn’t care. For him the relation was not over and he left furious. I told my mom what happened.

She called his mom. The dance classes stopped and the money paid for them. That family needed money; later I was aware of.  At school they hated me because the kid ran away by himself and they told me it was my fault. Our dance teacher, his sister started dating a rich kid of something around that. Today she is a successful business woman, my sister told me, and they keep in contact. I will never ask about her brother.

I never saw him again, not anywhere near my neighborhood.

We started college and suddenly the kids around us disappeared some went to universities, others started families, many move out. I have often walked down the street were I used to live, with a numbed sensation. Knowing I’m on the street where I lived for so long, I think I could have feel something. This is the first time I recollect  this memoir. I don’t miss those years, I don’t have any nostalgia. I know I was so lucky, so fortunate and so cared. And I love my parents more because I had the most wonderful summertimes, any adolescent  can ask for; just on the street where I  use to lived. 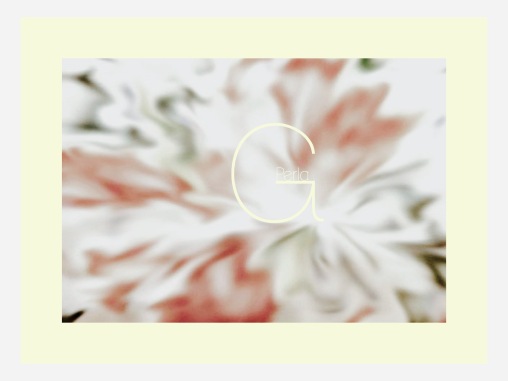