This is the story about acts of negligence. It is also about a humble young woman. She was from a tiny village. This village was in the middle of the jungle, and several miles away from the nearest  town. Her name is or was Ofelia, she was slender, agile and in fact without being an athlete, the fastest walker that ever lived as far as I know .

Ofelia was taller among the other villagers, she ate very healthy, mostly vegetables and fruits grown around her home. With long, light-black straight hair. It was a particular hair, it had special properties only found in populations with special genes. Her hair was like looking at an abundant licorice forest. She looked at everything very careful with her big, dark brown eyes with long lashes. She was always wearing  light colorful cotton dresses. And if you shut your eyes and hear her talking, you wouldn’t have known where she was from. Her sweet speech was like any other person from a big city.

This story starts when long time ago, She came to my house to work as a cleaning lady. She stayed in an adjacent apartment located at the end of the backyard. She worked 40 hours a week, weekends free, no rent or meals to paid for, and she could use the kitchen at will. She was very happy with her job, and in the little time we had together, besides taking care of things around the house, we have lively chats. Her eyes beamed when she talked about her boyfriend.

Some days my children and I were able to eat at home, most days we didn’t have time; between school, after school activities, and my work, we juggled our lunch and dining options to the closest, and fast-service places where we could eat something nutritious, and delicious.

But at least once in a while we went home. On those days, I used to have prepared food, because Ofelia didn’t cook for us, only one time she did it and she was so nervous.  She stared at us, wanted to guess by our gestures if we really liked it or  if, we were going to be  polite only. The food was super fresh, simple and without condiments; not salt or pepper; it was a delicacy from her Fisher’s village. It was a seafood soup, so, she served us and we asked for spoons.

She looked at us, and said: ” ‘You don’t need spoons, here are some tortillas.’ ‘ I do not understand why you use all those forks, spoons, and knives.’ People don’t need them.’ ‘In my town, we never use it.’ “

We were flabbergasted. I tried to explained to her why we use them, but I didn’t have time. I just cut the conversation, telling her just to place the silverware and using silverware was something in our house was done in a daily basis. Then, it occurred to me that maybe she didn’t understand sometimes what I was talking about.

So, I asked: ” Do you understand me when I speak to you?”

In the simplest, sweet voice, she said: “No, I don’t understand all the things you said to me.’ I know my job is to keep the floors clean, the furniture dusted, the bedrooms ready; the clothes cleaned, ironed and folded, and everything kept in place.’ I do not like to take care of the plants.’ “

It was time for us to go. It was good because I had time to think over her words. I just told her; ” You are right Ofelia, you are doing a wonderful job. I will try to talk to you in a way that I can explained myself to you, and please in the future, please, stop my talking and tell me exactly which world you do not understand or if the meaning of what I am trying to tell you is not clear.”

At that time I was a professor of engineering; I was in charge of The Quality Control Testing Laboratory, a thesis director for several students, and part of the jury of professional exams for the Faculty of Engineering at the University. In my busy universe I was used to a vocabulary that could be understood for people with high schooling. I needed to talk to her using other words. Also, years later I could have told her that in other parts of the world people do not use silverware, they use sticks; other edible things like tortillas but made of wheat, and/or just hands to eat their meals. What meals? Hot dogs, hamburgers, pizzas, french fries, sushi to name some that are well-known around here. But that was never going to happen.

Now, Ofelia had a keen common sense; that’s why she figured out what to do. My next conversation with her was going to be about if she had finished her primary education, that was mandatory in the country. And if she had plans to study something else. And how about the plants? She came from a rain tropical forest region. Full of plants! That never happened. When another time for a conversation arrived  she was really worried.

I looked at her and exclaimed; ” Ofelia you are pregnant!” She was blushing.

She immediately interrupted; ” I am very strong, I can keep doing all the work! Please! Let me stay!

Ofelia: ” Yes, I have been to the doctor many times. Near my town too, because I have attacks”

Here is when Ofelia started telling her story. When she was a toddler she was playing near a well close to her family house. She was playing hide and sick, or exploring by herself, she didn’t remember exactly, because,  that was what she found out later.  She went inside the well for some time; when they found her; she was unconscious. After some time, she started to have occasional seizures when she was very nervous.  She changed the subject immediately. She told me to please not to bring plants to the house, there were too much plants in her town and she needed to cut them continuously.  She had gone to the doctor with her boyfriend and she was going to get married. She added.

Days passed, and her tummy was happily growing, I told her to be monitored by her boyfriend in a frequently manner. She was by herself in the house most of the time. She assured me she knew if a seizure was going to occurred because she could have peculiar symptoms, she only knew. I asked where was she going to have the baby. She was trying to solve that. She needed to be married to have access to the placed she wanted to have the baby. Because of her condition the doctor have told her to have a cesarean procedure.

Months before she came to work for me, she wanted a wonderful wedding  at her town with the blessing of her family and the parish priest of her village. The priest told her she needed to be for several Sunday Masses at the parish without skipping and only after she and her boyfriend did it, he was going to allowed them to marry.

Her boyfriend worked as a loader in the largest market in the big city. That job was an opportunity of a lifetime and he did not have a regular schedule. He needed to be working his regular hours, rotating turns and he needed to be in standby in case he was needed. Going to their village was difficult, they couldn’t make it one weekend. You see, by bus they needed to travel  more than six hours to be on time for Sunday Mass and then, returned on time for Monday’s work that usually started at three in the morning.            They begged the priest to reconsider his rules. He didn’t. When the communal matrimony mass was celebrated, the priest didn’t let them to be inside the parish. Ofelia was dressed in a beautiful white gown, all the women of the village made it with her. She was super sad. Her boyfriend told her that for him, she was his rightful honorable wife forever. They left the village for the City.

In the City they got their married certificate, at the same time, her pregnancy was advanced, she quit her job with me. At last she was with her handsome husband, as she called him with enthusiasm. I have rarely seen a woman who can admire the male physique  with such fondness. She told me they were spending their free time  at a romantic park in the center of the grand city. She liked to brisk walking around the park, and do it for long periods of time.

I knew that because one time she appeared at the front door with her baby in arms. I was going to invite her in, but she said that she was just passing. She told me there was something wrong with her baby’s eyes. She had the cesarean and they needed to give oxygen to the baby. And all kind of symptoms were temporary. I knew too much oxygen in the blood of newborn babies may also lead to problems in the brain and eyes. So, I told her. She was blaming herself because of her seizures condition. I tried to calm her. She arrived to the conclusion that her baby had all those symptoms because negligence of someone in the hospital. She couldn’t keep talking, turned around, started taking long steps almost running, as if she  did not touch the ground. I was struck in sadness. I couldn’t say anything. That was the last time I saw her.

The story does not end there. Some time later another maid was in the house when Ofelia returned and asked to see me. The new maid told her I was not there and she was the new maid and nobody else. I knew that because my neighbor told me she witnessed the conversation. My neighbor always thought I was very indulgent and tolerant with the cleaning ladies. So, she waited long time to tell me what had happened.

In the end I had the consolation that Ofelia tried to come back to me. Thinking about how negligent a priest and hospital workers can be; really give me cold goosebumps of fear. Negligence  sometimes, can cause harm and unimaginable desolation. 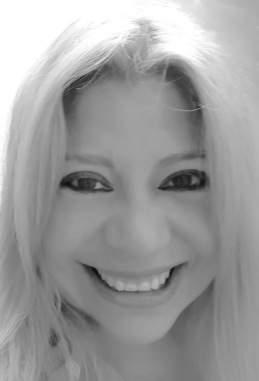